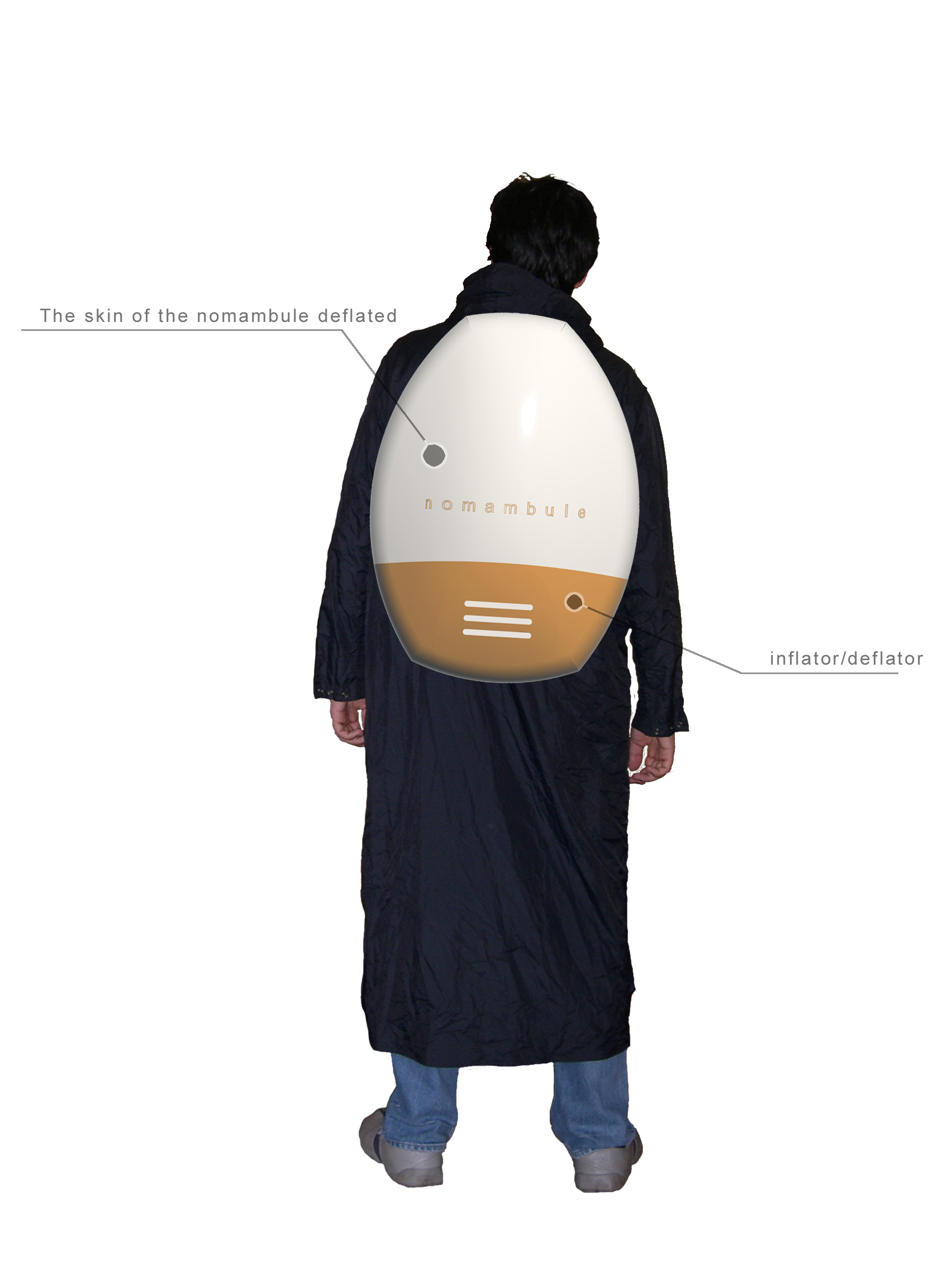 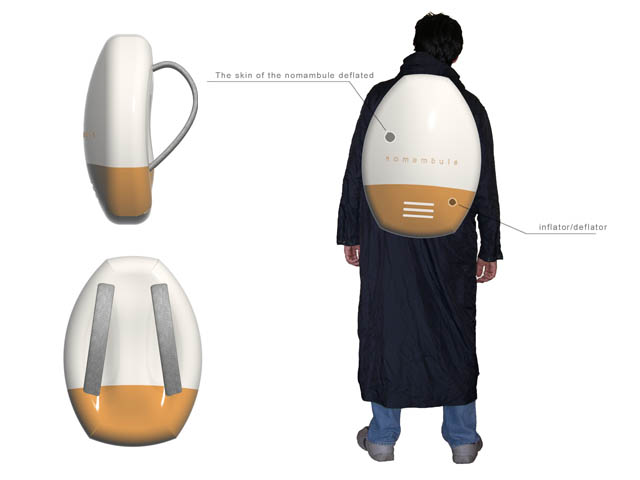 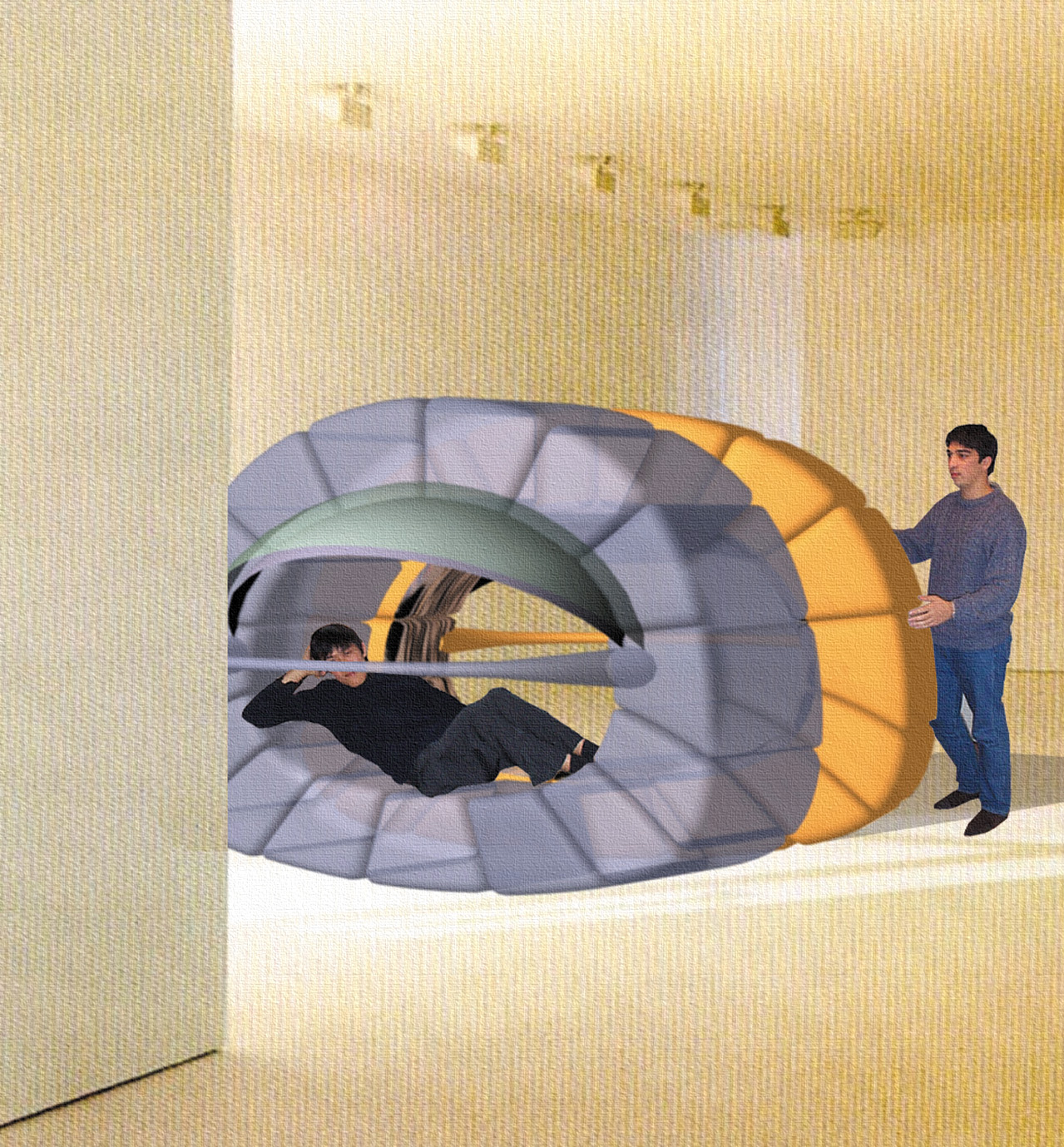 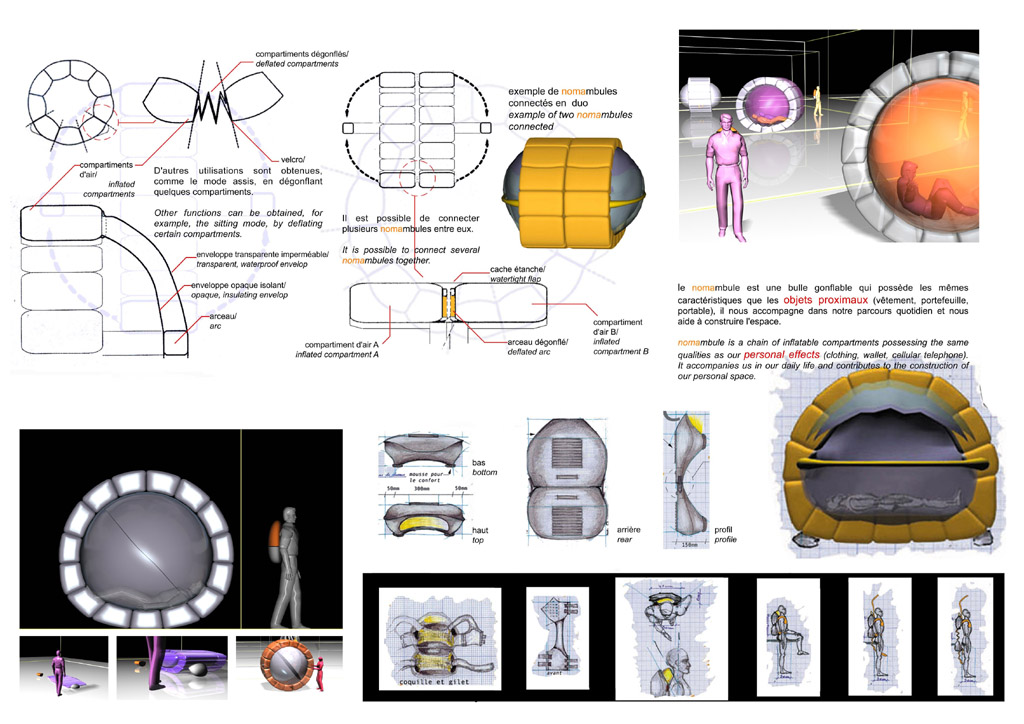 The dematerialisation of the physical world due to progressing technologies (miniaturisation and communication) changes both of our conception and use of matter today.  Given that objects’ relation to space is directly involved in this constant change, the space-time essence of architecture is therefore affected.

We can point out, in parallel, the relative failure of home automation ( since the 1950’s) versus the emerging success of virtual reality and of  customisable interfaces  , which demonstrates  the need for more spatial appropriation.

Finally, architecture can be approached as a tool for sporadic needs (resting, work…)  since new technologies of communication (tele-conferencing, cellular phones…)  are rapidly paving the road for urban nomadism.

The «NOMAMBULE» project is an experiment that attempts to sketch these hypothesis in a 2m X 2m volume where a certain interaction between objects and space is materialised.

The «NOMAMBULE» is a hybrid generated from the fusion of furniture (an inflatable comfort providing ring) and space ( an air-filled intimacy providing sphere). The chain of compartments constituting the ring surrounds the sphere allowing an easier response to the different positions of the body inside the «NOMAMBULE». The user can deflate the whole anytime, and fold it inside a backpack-like shell which is divided into 2 parts:

The upper chamber is meant for packing the skin of «NOMAMBULE», and the lower chamber contains an inflator/deflator device allowing a rapid deloyment of the intimate space.

The «NOMAMBULE» is a tool for comfort and intimacy; it can be used everywhere: in the street, in parks, in a hotel room, or at a friend’s house. Like one’s Teddy Bear, It is a real extension of the body, an affectionate container of the self.